Do you ever find cucumber leaves turning yellow and wonder what’s going on? I recently discovered the culprit is cucumber beetles. And, by the time you see these nasty cucumber bugs and figure it out, it’s almost always too late.

(Super sorry you had to find out this way – but join the crusade to get rid of cucumber beetles!)

We lost all our cucumber crops as well as our pickling cucumbers in our 2021 garden. I came to find out it was due to cucumber beetles.

Initially, we tried catching them and dumping them in soapy water. But then, there were just too many!

Finally, I resorted to a cry for help. I asked other gardeners, “How do you defeat cucumber beetles?!”

Hopefully some of this advice will help!

What crops does the cucumber beetle harm?

Young cucumber plants and mature cucurbits alike are at risk to cucumber beetles.

How do cucumber beetles kill crops?

You may notice holes in your cucurbit leaves or yellowing plants. Cucumbers and other plants under striped beetle attack may have tattered leaves as well. Those affected by cucurbit bacterial wilt may show serious signs of wilting, much like vine borer attacks, making it tricky to discern the difference.

The first year I found cucumber bugs, I actually blamed the vine borers for killing all my cucumber plants! Now I know what’s really going on.

Are there any plants that repel cucumber beetles?

Gardening legend has it that some plants can repel cucumber beetles. Try interplanting radishes with your cucumber crops. I’ve received anecdotal intel that radishes and cucumbers planted together can help deter cucumber bugs.

Also, try growing marigolds, nasturtium, and catnip to nip those buggers in the bud.

What is the season for cucumber beetles?

Cucumber pests generally arrive sometime in mid-May or early June. The cucumber beetle season may vary depending on where you live. According to Cornell University, cucumber pest populations thrive until the middle of September or so when the striped beetles overwinter in leaves and other debris.

You may notice the largest populations around the middle of August. This cucumber pest isn’t believed to overwinter in our region (we are in Zone 6b); however, it is possible that some do.

How long do cucumber beetles live?

Generally, most cucumber beetles live about 8 weeks, or roughly 60 days. This is plenty of time for them to lay eggs for a new generation. Keep in mind that some striped cucumber beetles may overwinter in the northern U.S., which results in a longer lifespan in those cases.

When are striped cucumber beetles most active?

Cucumber beetles are most active after dusk and before dawn. This is to suggest you can target your best efforts at eradicating cucumber beetles in the late afternoon, early evening, or even in the dark, if you like.

My kids and I used to sneak outside after dark in the summer to capture and remove cucumber bugs from our plants.

Of course, there were far too many of them for this to be a viable option. The damage was already done.

Anyway, cucumber beetles generally start off the season with a vengeance.

When you see the first few, get ready!

Yellow and black striped beetle adults are about 1/5 of an inch in length with yellow wings and three black stripes going sidewards.

Adult spotted cucumber beetles are roughly the same size as the striped ones. Yellow and black spotted beetles sport a dozen black spots on their wings.

How do you prevent cucumber bugs?

As it turns out, an ounce of prevention is worth a pound of cure. Consider these cucumber beetle control tactics to protect your cucurbits from certain doom.

Try cucumber companion planting techniques to reduce the chances of cucumber beetle damage on your crops.

One gardener mentioned to me that she plants a lot of radishes with her cucumbers because her husband loves them. She never has a problem with cucumber bugs or cucurbit bacterial wilt!

Meanwhile, her neighbor on the same street doesn’t grow any radishes with cucumbers or other cucurbits. That neighbor continues to experience cucumber pest problems.

The gardener told me her neighbor is going to try companion planting cucumbers with radishes this year.

Other Plant Companions to Repel Beetles

Lucky for me, another gardener in a Facebook gardening group suggested spraying Kaolin clay spray on plants to fight off cucumber pests.

When you find bugs on cucumber plants, you can spray them with a mixture of water and kaolin clay. This clay solution gums up their antennae (antennas) and incapacitates the spotted and striped beetles so they cannot navigate or go about their business.

Kaolin clay washes away so definitely plan to reapply after it rains and at least once per week or two until harvest.

This ‘kaolin clay cucumber beetles’ theory seems supported by University of Minnesota Extension, so I’m pretty keen to give it a try!

Try to rotate crops where possible. Use this method in combination with other cucumber pest control tactics.

Sometimes a barrier can be a great solution to keeping cucumber crops safe from pest problems!

Try growing cucumbers and other pest-sensitive crops under cover. Floating row covers in gardens or drawstring insect netting bags over containers can be highly effective at keeping cucumber beetles off your plants.

Just remember, cucumber bugs do lay their eggs in the soil, so you’ll still want to monitor for that just in case any got inside your barriers.

Consider planting trap crop cucurbits a few weeks ahead of your intended crops. These earlier plants may attract the bulk of the cucumber pest population.

Once the trap plants are loaded with pests, apply spray if desired to tackle as many as possible at once.

Again, use this method along with others in preventing the striped beetle in garden spaces containing cucurbits.

If you only find a yellow striped bug here or there on cucumber plants, manual removal may work.

Since they’re most active at night, I highly recommend checking on your plants with a flashlight and a bucket of soapy water each night.

You can also use a handheld vacuum like a bug vacuum to catch them!

Or, try rolled tape if you can catch them quick enough – that yellow black striped beetle is a fast little bugger!

Weigh your options and decide if pesticides are the right call for your garden problems.

I personally do not use pesticides in my garden at this time. With my two young girls, it just feels better to do what I can naturally.

(I’m by no means a fully organic gardener, but I avoid products that could be detrimental whenever possible.)

That being said, sometimes you have to bring out the big guns.

(Another one is pyrethrin, but this can produce poor results for pollinators and beneficials.)

If you have a recommendation for an effective cucumber beetle spray or pesticide, please share it in our comments so others can benefit as well.

The next time you see a black and yellow striped bug in the garden, or one of those yellow and black spotted fellows, I hope you can fight back!

If your plants are already in trouble, consider buying a new cucumber plant and fortifying it with any protection you can. Starter plants from nurseries can produce a fall crop before that big frost arrives.

Try growing one in a container with new soil and a full insect cover. (You may have to hand-pollinate your cucumbers, of course!)

Even if you just educate yourself now for next season, gardening knowledge is power!

Feel free to bookmark this page or share it on social for future reference. I wish you all the success in defeating cucumber beetles!

Feel free to ask any questions or share more tips and your own personal stories about what works against cucumber bugs! 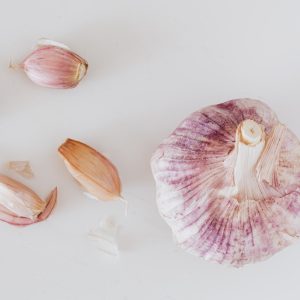 Gardening season is starting to wind down as the seasons are changing. Knowing what to plant in October in your zone can help extend your growing season. Here in Pennsylvania Zone 6b, we can still plant a few things for a winter harvest, spring bloom time, or even a mid-summer harvest! Keep your gardening vibes… 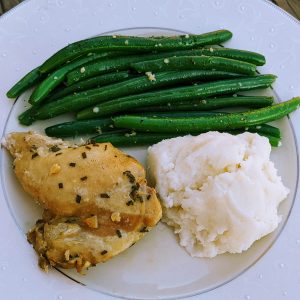 I learned from my grandparents at a very young age that food is love. My grandfather’s Garlic Rosemary Chicken is my favorite homecooked meal of all time—it’s delicious and 1,000% made with love—and I hope you’ll give it a try. My grandfather and grandmother would make his world-famous (in my world, anyway) “Grandpop’s Chicken,” as we… 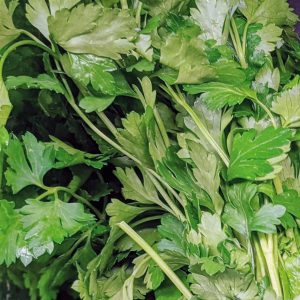 Often, parsley is one of the most-used herbs in the kitchen. Having fresh parsley growing in the garden can be a major win! Parsley companion plants make it easier to find a good spot for your favorite herbs in the garden. If you’re looking for what to plant near parsley, you will be happy to… 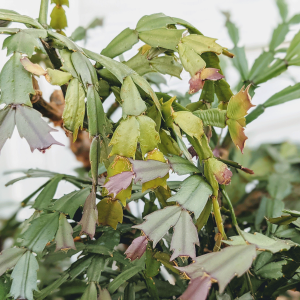 For a fun indoor gardening activity, try propagating Christmas cactus from cuttings! One can never have too many houseplants, after all. My dad gave me two beautiful Christmas cactus plants so I could have one and my best friend could have the other. We were finishing up a vacation down in Cape May County (NJ)… 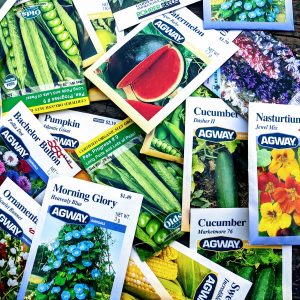 Dads who love to garden are sure to love gifts that fit their favorite hobby. Father’s Day gardening gifts work great for Dad, father-in-law, stepdad, husband, or any special guy in your life. My dad enjoys growing his tomatoes and zinnias. His dad before him enjoyed spending time in the garden as well. (So did…

Growing yellow raspberries is our latest adventure! We started out with just red raspberries, mostly heritage, I believe. But now we’ve added golden raspberries to the mix – Anne raspberry plants, to be exact. As you might already know, it’s my goal to create a pick-your-own backyard for my kids to enjoy all summer long….