Pruning raspberry bushes each year helps you to maintain healthier plants. For some reason, I’ve always been intimidated about pruning raspberries. I just don’t want to mess it up!

Apparently, raspberries are pretty forgiving. In fact, I may actually be messing things up more by *not* pruning!

To set my mind at ease and learn how to prune raspberry bushes the right way, I’ve reached out to the local master gardeners. I figured others may also be a bit overwhelmed by pruning raspberry bushes, so I’m compiling this guide.

As it turns out, the best plan for pruning raspberry canes may come down to what type of raspberries you have!

How do I know which type of raspberries I’m growing?

When your raspberries bear fruit gives you a clue to the type of raspberries you’re growing. Summer-bearing raspberries, also known as June-bearing or floricane fruiting, yield berries on second-year growth (woody canes, aka: floricanes). Everbearing raspberries (primocane fruiting berries) like Heritage red raspberry produce fruit on primocanes (green canes) in the fall of the first year and again on floricanes in the early summer of the second year, and so on.

June-bearing raspberries fruit once per season, usually in the mid-summer. Everbearing raspberry bushes actually fruit twice a season, in the early summer and again in fall.

This is why it’s important to know what kind of raspberries you’ve got. You don’t want to prune away the fruiting canes!

When is the best time to prune raspberries?

For two separate crops from everbearing raspberries, only remove canes after the summer crop. At this time, you are pruning raspberry canes that already fruited during the previous year’s growing season. They will not bear fruit again.

Some gardeners suggest leaving the spent raspberry floricanes attached to the plant through the winter. They believe those canes feed the raspberry crown and roots below.

What are primocanes and floricanes?

What if I end up pruning raspberry bushes the wrong way?

Even if you end up pruning raspberry plants in a manner other than recommended, your berry plants will most likely recover just fine. Raspberry bushes tend to be resilient, so don’t worry. They will come back and fruit again next season.

“2) Watch for the canes that pop up outside of the row(s) you want. Narrow your rows and dig those up and plant them where you’d like them. Keeping the rows narrow is key to a good patch.”

“3) Cut out weaker plants to keep the whole patch healthier and to discourage disease; and 4) Support the canes with stakes or a trellis made by stringing wire horizontally between stakes.”

“And I suppose I’d add a 5th step – be sure to enjoy your plump, healthy berries!” she says.

Deb makes it sound so easy! I know I’ve definitely made figuring out how to trim raspberry bushes more difficult than it actually is.

So, let’s break it down!

Do you know if you’re growing summer-bearing or everbearing berries?

You should be sure before taking any shears to your berry brambles!

With fall-bearing berry bushes, decided if you are aiming for one or two harvests. The first harvest would be smaller and in the summer with a later harvest in the fall. Otherwise, you could enjoy a single late summer / early fall crop that could be more plentiful.

You can also “top” raspberries or shape the plants some, but I’ll leave those lessons for another day. I’m still working on wrapping my head around all the ins and outs of pruning primocane and floricane raspberries.

Raspberries love to multiply! You can add more plants to your backyard fruit orchard simply by digging up and replanting the suckers.

Check out my easy guide on propagating raspberry bushes from suckers.

Suckers can show up several feet away from the mother plant, so be on the lookout!

Personally, I am growing Anne yellow raspberries and Heritage red raspberries over here. I’ve discovered that Anne raspberries are everbearing, generally fruiting in July and September.

Luckily, since I’m growing two everbearing varieties, it seems I only have to get really good at pruning raspberry canes one way. (For now!)

So, I’ll focus on Heritage raspberry pruning and copy my efforts over to my golden Anne raspberries.

How to Prune Everbearing Raspberries

In thinking about it, I believe I would like to start out pruning canes that are done fruiting and aim for two raspberry crops per year. At least for now.

So here it is – my plan for trimming raspberries each year:

So, my plan is spring tidy-up and summer pruning after fruiting. I think I’ve finally got it down!

In case I get overwhelmed again, I can always come back here and remind myself what to do!

Does anyone else find pruning raspberries as maddening as I do?!

The Most Important Things to Know about Cutting Back Raspberries

If you’re still feeling overwhelmed (like I often have), here are some key details about pruning raspberries:

To further improve your raspberry pruning prowess, check out these rad raspberry resources:

For our region in zone 6b, I found this excellent resource on Recommended Raspberry Varieties for Pennsylvania from Penn State Extension. Chances are you can find your raspberry cultivars on here and better understand what type of pruning they need.

If you live somewhere else, simply search for a list of raspberry cultivars and add a keyword for your state or region. You can also add “extension” to narrow search results to master gardeners and the like.

If you’re still having trouble wrapping your mind around primocanes and floricanes or summer-fruiting and ever-bearing raspberries, we’ve got you covered. Check out this guide on Summer-bearing vs. Fall-bearing Raspberries from Penn State Extension.

And while you’re just getting started with growing raspberries, this guide from Penn State Extension, Raspberry Planting and Care for Home Gardeners, and this post by Piedmont Master Gardeners may help with caring for your crops.

Finally, this resource by the Colorado State University Extension includes a graphic further down on the page that I found very insightful. It truly illustrates the difference between “fall bearing” raspberries and “summer bearing” raspberries. (Scroll until you get to the section on “Pruning.”)

“For the most part, cutting down spent canes (identified by their tan color and rough ‘bark’) is done best in late winter, very early spring,” she says. “New canes may be trimmed to encourage lateral growth and more fruit. This can be done in the early spring.”

“Watch for the runners and remove them if they are outside the planting area. The rows should be kept clear of weeds, should provide support, and should be fertilized.”

For best results, Deb recommends researching the specific variety of raspberry you’re growing. Check in with the grower for type-specific tips!

As mentally exhausting as it’s been to figure out raspberry maintenance and care, I’m glad I have. It is truly worth it for all the delicious yellow and red raspberries we get to enjoy!

Do you have any helpful tips to add or specific questions about pruning raspberry bushes? Feel free to hit us up in the comments with your stories, questions, and tips – we love hearing from you! 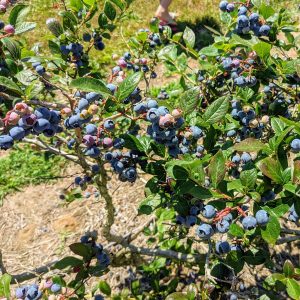 Acid loving plants are all around us. From fruit to flowers, shrubs to trees, lots of garden and landscape favorites thrive in acidic soil. Plants that like acidic soil tend to do well with acid fertilizers and other soil additives that help to bring down the pH to the acidic range. I’ve put together this… 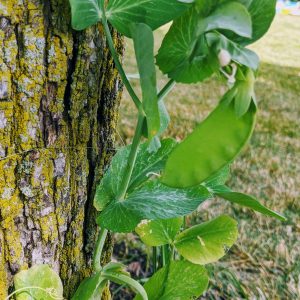 Living in Pennsylvania zone 6b, our growing season isn’t as long as our southern friends and family. For this reason, I’ve decided to get a real jump start on our cold crops early this season. Fortunately, our raised beds are already in place and filled with soil for planting. I could probably top them off… 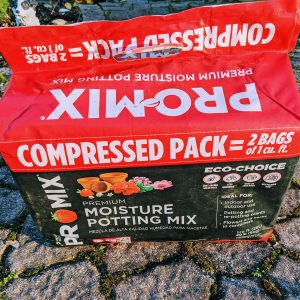 This year, I decided to try Pro Mix Potting Soil for my 2021 garden. Back in 2020, I got serious about gardening. The pandemic inspired many new gardeners to try a quarantine garden, and while I wasn’t new to gardening, I definitely dove back in head first. But after planting SO many seeds indoors, I… 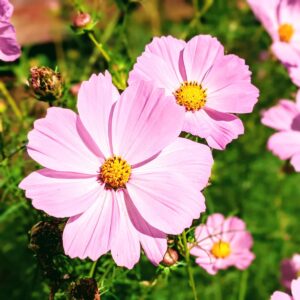 Prolific in bloom, cosmos can be a fantastic flowerbed stunner. Brilliant in color and magnets for pollinators, what’s not to love?! But, are cosmos perennials or annuals? We’ve started growing cosmos back in our 2020 garden. After quite a few amazing seed swaps, I ended up with sensation cosmos and seashell cosmos. At the time,…

This summer I lucked into some free bamboo canes! Perfect, I thought – now it’s time to learn how to make a pole bean teepee… and one for my cucumbers, and snow peas, and… yep, I couldn’t wait to get started making my own trellises! I cut down about 50 bamboo canes from this kind… 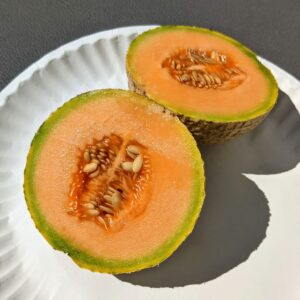