If you’ve ever tried growing watermelon, you’ve likely noticed it takes up quite a bit of space in the garden! I sure did, so I got to thinking about watermelon companion plants so I could maximize my growing space. I’m happy to share my favorite combinations of what to plant near watermelon and what to avoid.

Finding good watermelon companion plants should be pretty easy, even if you’re a beginner. Melons tend to be fairly friendly in the garden, so you’ve got quite a few choices for plants to grow near watermelons.

Benefits of Companion Planting with Watermelons

When you take the time to really organize your garden, amazing things happen. Consider these benefits of watermelon companion plants, both for the watermelons and for the other plants nearby.

Watermelons specifically can serve as a “smother crop,” which means they can keep weeds at bay.

Planting watermelons near vegetables can benefit one or both, depending on the combination.

Try these suggestions for intercropping vegetable and watermelon companion plants:

Beyond these, keep in mind that watermelon and other melons tend to be pretty good planting partners in general. You may find some combinations are better than others, of course, but even the less desirable combinations may not be truly detrimental.

Planting flowers as watermelon companion plants can help attract pollinators and beneficial insects. The burst of gorgeous color is also nice to see.

Here are some flower watermelon companion plants to consider:

Likewise, herbs have a lot to offer as companion plants for watermelons. Many herbs grow nicely in corners of the garden, almost as an afterthought.

Here are a few herbs that pair nicely with watermelons in the garden.

Flowering herbs like borage and lavender can help to attract pollinators and beneficial predatory insects.

Fragrant herbs like catnip and tansy can help ward off pest insects like leafhoppers and flying bugs.

Low growing herbs can serve as a natural mulch and may also offer pest deterrent properties or anti-fungal benefits.

Some herbs as watermelon companions may even help to improve flavor or increase the plant’s growth rate.

If you’re wondering what not to plant near watermelons, keep in mind some plants would not thrive if planted too close.

All of this being said, I did plant watermelons and tomatoes together out of a lack of space in our 2021 garden, and we still got plenty of Romas and two personal-sized watermelons. It would be nice to see if we can grow a bigger watermelon this year!

I hope this list of watermelon companion plants is helpful. I also forgot to mention that Buckwheat can be a good choice due to its ability to attract predatory insects.

You may also want to try planting Blue Hubbard squash as a trap crop somewhere else in your garden or yard. This can draw pests away from the watermelons, and also may potentially help your zucchini and summer squash crops against the dreaded squash vine borer.

Do you have any other tips on great companions for watermelons? We’d love to hear your experiences so far, or any questions you may have. We are always happy to help! 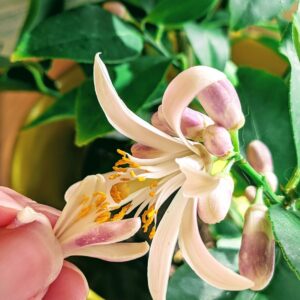 Growing your own lemon trees at home is a truly refreshing gardening activity. Learn to do lemon tree pollination by hand to grow the most lemons possible. In case you hadn’t heard – something I’ve done recently is buying way too many citrus trees! We live in the northeast and up here in Zone 6b,… 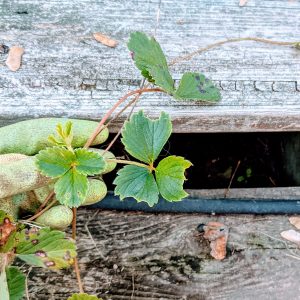 Wouldn’t it be amazing to have endless strawberries to pick in your garden? Take advantage of strawberry runners to multiply your plants quickly and easily! During the first year, strawberry plants tend to produce “daughters” as a means of propagation. These plants produce berries the following year, literally multiplying your yield! What are strawberry runners?… 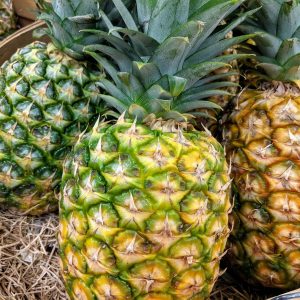 In October, I bought 14 different kinds of pumpkins and gourds to decorate our front step. Flash forward a month and I am happily drying pumpkin seeds for planting next spring! Saving pumpkin seeds was a fun activity with the kids, too. I couldn’t be more excited to see what they grow into, although I’m… 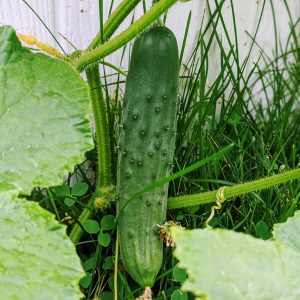 Cucumbers tend to be a favorite garden plant to grow for lots of people. Fresh and crunchy, it’s great to have a healthy crop. In trying to optimize my garden layouts, I started looking for cucumber companion plants – what grows best near cucumbers! I know I would not be the only gardener to find… 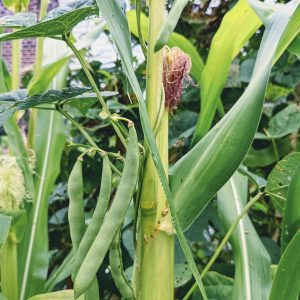 When growing vertically in the garden, it really pays off to find planting partners that work well with your crops. For example, pole bean companion plants help you fill out the space surrounding and underneath your bean teepee! We used to grow bush beans as our only backyard garden crop for YEARS. I had green…