Finding an oregano substitute may seem tricky at times, but it’s far from impossible! For me, the fragrance of oregano always conjures cravings for a delicious, hot and cheesy pizza, piled high with pepperoni. That’s where I’d likely begin!

The scientific name for oregano is Origanum vulgare. Oregano also carries the nickname wild marjoram as well as origanum. This fragrant herb is a woody perennial that belongs to the mint family.

Oregano boasts a strong scent and flavorful leaves that are used especially in Italian or Mediterranean cooking. The robust flavors pair especially well with tomatoes and red sauce, such as pasta, pizza, and the like.

However, oregano also goes wonderfully with other proteins and dishes. Enjoy it in marinades or by itself as oregano oil. You may also like it with chicken, lamb, beef, and more.

If you are looking for an oregano replacement, a quick glance through your spice rack or herb garden may do the trick. Consider these suggestions for substitutes for oregano.

If you have ANY oregano available, try that rather than a substitution. Dried oregano and fresh oregano both contain the flavors you’re looking for, and either would work well in the dish.

To substitute dried oregano for fresh or fresh for dried, substitute at the ratio of one tablespoon of fresh herbs per one teaspoon of dried.

If you have no fresh or dried oregano on hand, consider the rich aroma of this herb and look elsewhere. You should be able to find an herb similar to oregano that will pair nicely with whatever you’re cooking.

Since marjoram is a bit milder than oregano, you may need to add more marjoram when substituting, to taste.

Let’s get started on looking for the best oregano substitutes!

Finding the best oregano substitutes boils down to what you’re making and what flavor you wish to achieve. Consider these suggestions for oregano alternatives:

Since oregano itself is also known as wild marjoram, it only makes sense for marjoram to be a good substitute for oregano. In fact, marjoram is sometimes used as another name for oregano, although it is a different plant.

As a member of the mint family, marjoram brings flavor notes of citrus and pine. It’s sweeter than oregano, which tends to be on the savory side, yet it can still replace oregano in cooking.

Of course, if you don’t have any oregano, you might also not have any marjoram on hand.

Rich in fragrance as well as flavor, basil may be a suitable oregano substitute, depending on what you’re making. Choose fresh or dried basil to replace oregano in your recipe.

Basil and oregano both go well with Italian dishes, especially those with red sauce such as pizza and pasta. Both herbs also bring fantastic fragrances to your vegetable garden.

Fresh thyme can stand in for fresh oregano if you need to make a substitution. They share a somewhat similar appearance that makes it easy to sub for oregano.

When replacing a garnish in particular, fresh sprigs of thyme work beautifully!

Almost all kitchens have dried parsley on hand! If you’ve got no oregano, look to parsley to help save dinner. The flavors differ, yet parsley complements many dishes and would be suitable as an oregano replacement in many recipes.

Although the namesake’s there, Mexican oregano brings different flavors than traditional oregano which brings more of an Italian and Mediterranean influence. Mexican oregano tastes like lemon, citrus, and a hint of licorice. It can also be a bit peppery and minty.

Useful in Mexican cuisine, especially salsa and chili, Mexican oregano can still be useful as a substitute. The flavor may be stronger than traditional Mediterranean oregano, so start with a smaller amount than the recipe calls for when substituting.

Fresh sage can stand in for oregano, and it’s especially good in dishes containing poultry. Also a member of the mint family, sage can withstand the heat of cooking for quite some time, making it a good choice for soups and other recipes as well.

Rosemary boasts its own unique taste, so it may or may not work as an oregano substitute in a pinch. If you’re looking for something that’s truly reminiscent of Italian food, proceed with caution.

Rosemary brings a strong flavor and a little bit goes a long way. Consider mincing the rosemary to help distribute the flavor evenly when substituting for oregano.

Using Mixed Herbs Is an Option as Well!

Find the best oregano substitute in your spice rack or cabinet rather than rushing off to the grocery store.

If you don’t have a simple swap, try a seasoning blend as a more creative oregano alternative.

In a pinch, you can use Italian seasoning as an oregano substitute. Italian seasoning typically contains basil, marjoram, oregano, rosemary, and thyme. Depending on the brand or variety, sometimes other herbs may also be mixed into the seasoning blend.

When you find you’ve run out of oregano, try Italian seasoning as an alternative.

Like the Italian blend, Greek seasoning mixes may also contain oregano as a key ingredient. This may make the Greek spice blend a suitable substitute for oregano if you’ve got it in your cupboard.

Other herbs in the Greek seasoning blend may include basil, parsley, dill, garlic powder, and onion powder, among others. Keep in mind the contents may vary from one brand to the next.

Finding an oregano substitute at home can be easier than you might expect. Try these tips to help you find the best oregano replacement for your recipe:

You may also be interested in my other herb substitutes posts:

What herbs do you prefer to substitute for oregano? What are your favorite dishes containing oregano?

Let’s chat all about it in the comments below! 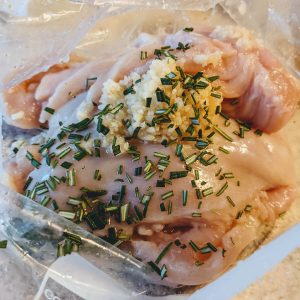 Uh oh, did you run out of seasoning? If you need a poultry seasoning substitute, you’re in luck, because you’re fully capable of making your own spice blend! Few foods are as comforting as roast chicken, turkey, or poultry in general. Poultry dishes tend to be healthy choices for your family meal plan as well!… 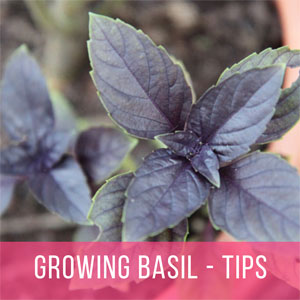 Growing basil is something every gardener should experience. In the herb world, basil’s reputation precedes itself. It’s touted as an herb that’s easy to grow and generally very happy in the garden. Basil care is easy enough for kids! Moreover, this fine culinary companion boasts an aroma that awakens the garden with visions of pizza… 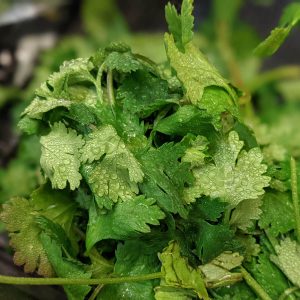 When preparing food in the kitchen, there’s a few reasons why you might find yourself looking for cilantro substitute ideas. Perhaps you don’t like the taste of cilantro. Maybe you’ve simply run out of cilantro and want to find a substitution. It happens to us all. At some point in our lives, we are destined… 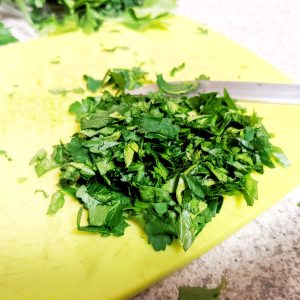 We’ve all been there. You come up with the perfect menu, side dish, or accompaniment and suddenly realize that you ran out of (or never bought!) one of the key ingredients. Time for a parsley substitute! Finding a parsley replacement may sound easy, but it takes a little creativity to keep your recipes intact. One…

Often, parsley is one of the most-used herbs in the kitchen. Having fresh parsley growing in the garden can be a major win! Parsley companion plants make it easier to find a good spot for your favorite herbs in the garden. If you’re looking for what to plant near parsley, you will be happy to… 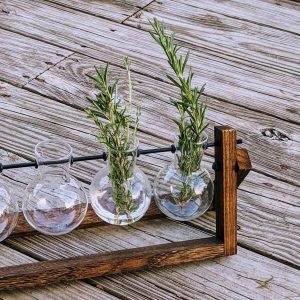 Considering how much we cook with it, propagating rosemary plants from cuttings makes perfect sense in our home. I always love having a live rosemary plant nearby! Luckily, I’ve found it’s very easy to do and will share my favorite tips on how to propagate rosemary from cuttings so you can try it, too! First…